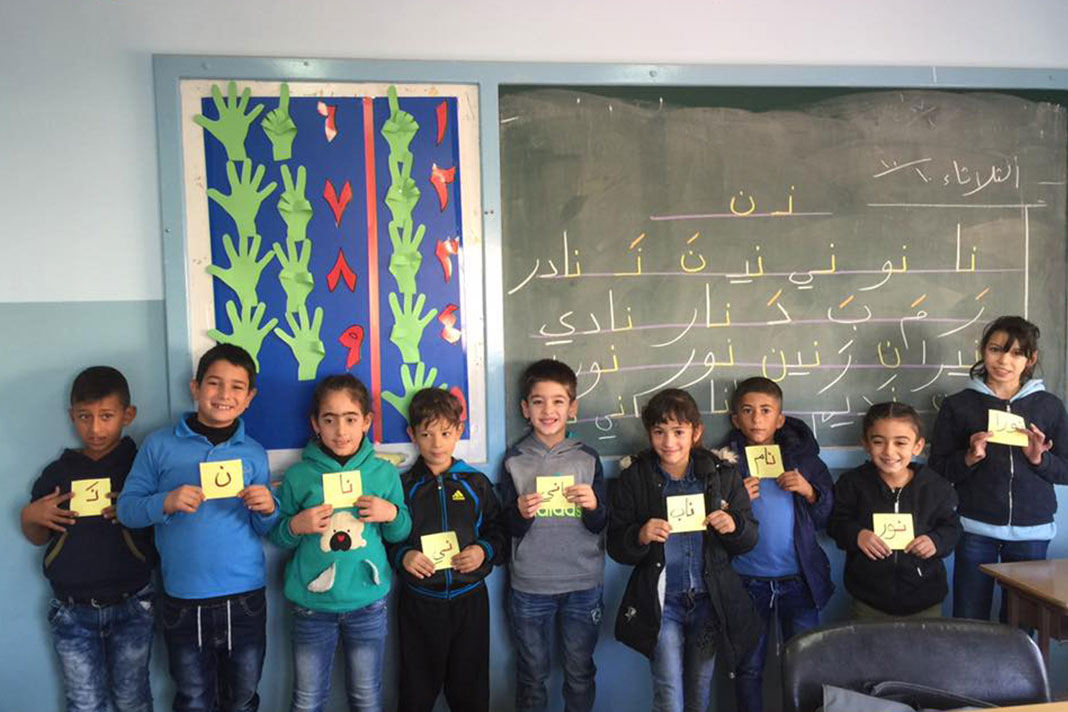 The School of Joy was founded by Randa AbuSada in 1993 in Beit Sahour, the town of the shepherds, just few miles from the birth place of our savior Jesus (Nativity Church – Bethlehem). The school was founded to improve the overall quality of life for students who have low academic achievement in greater Bethlehem area.

The prevailing harsh political and economical situation our area is going through has affected almost every member of our community and specially the children and young people. An increasing number of children are dropping out off schools and heading for the streets, specially those ones who suffer from low academic achievements and are coming from poor families. Noticing the alarming numbers of dropout children roaming the streets and in response to the requests from the distraught parents, The school was started for the children with special needs and for the poor/orphan children. He has recruited 6 teachers, who are receiving less than half of the normal salary, and furnished the school with the needed disks, chairs, and equipments. The school relies mainly on the generous donations from the local and international communities, in addition to the small amount of fees collected from some of the students who can pay.

The School of Joy now serves 51 children between 6-14 years old, and seven youth between 16-23 years old. The School is considered their home offering its services to poor, orphan children, and also children with learning difficulties without regard to race, religion or color. And there are continual requests to take more students. There is a waiting list of at least 50 further “at risk” children which.

Also many of the children served at this school suffer from a low academic achievement that is due to a Minimal brain damage, bad home environment or bad schooling, Children with minimal brain damage include those who have Dyslexia, Right Hemisphere, Learning Disorder, Autism Spectrum Disorder and other.

The Aims of the School

The School of Joy was founded by Randa AbuSada in 1993 in Beit Sahour, the town of the shepherds, just few miles from the birth place of our savior Jesus (Nativity Church – Bethlehem).
Contact us: joyschol@p-ol.com
© The School of Joy 2018